Computer sales are still going up in the United States, with Apple leading the pack

The global COVID-19 pandemic took almost everyone and everything online with its work from home policy. As a result, a massive rise was witnessed in sales of personal computers, laptops, and even tablets, as these devices were meant to be used for online education as well as for business meetings.

However, the very next year, the graph that was going up significantly became a flat line, which showed that the sales started in 2020, were declining.

In light of these events, Canalysis, a global technology market analyst, conducted research which showed that the last three months of 2021 collectively faced a 28% fall in sales and shipments of computers, whereas an overall one percent increase was observed throughout the year.

Not only computers, but other computing devices such as notebooks or tablets also faced a decline. One reason highlighted by Canalysis was that many people involved in education already had their hands on these devices. Such as the Chromebook, which no doubt is an important element for smart education, still got its graph to be flat.

According to Brian Lynch, an analyst for Canalysis, though the sales are paused compared to the year 2020, he believes that soon Chromebooks will witness a huge rise once again as soon as users start to upgrade the devices they bought back during the lockdown days. This process could start in 2023, Brian added.

He further added that the US $7.2 billion, which was allotted by the US government, could also be used by educational institutes to support online education with the help of the Emergency Connectivity Fund.

On the other hand, while the global tech market suffered at the end of 2021 due to the decline in demand, tech giant Apple was still able to rule the market by selling over nineteen million devices in 2021.

This showed that despite having so many competitors on the field, Apple still holds a long lead. Not only in the last three months, but even the overall yearly progress showed Apple holding its grip after it made 19 million sales while Amazon and Samsung made 10.9 and 7.9 million sales in the same year.

In the United States, Apple led the table with its 40% share of the tech market. On the other hand, the combined market share of Amazon and Samsung equaled Apple’s share, in which Amazon was in the second spot with a 26% share and Samsung in the third with a 14% market share. 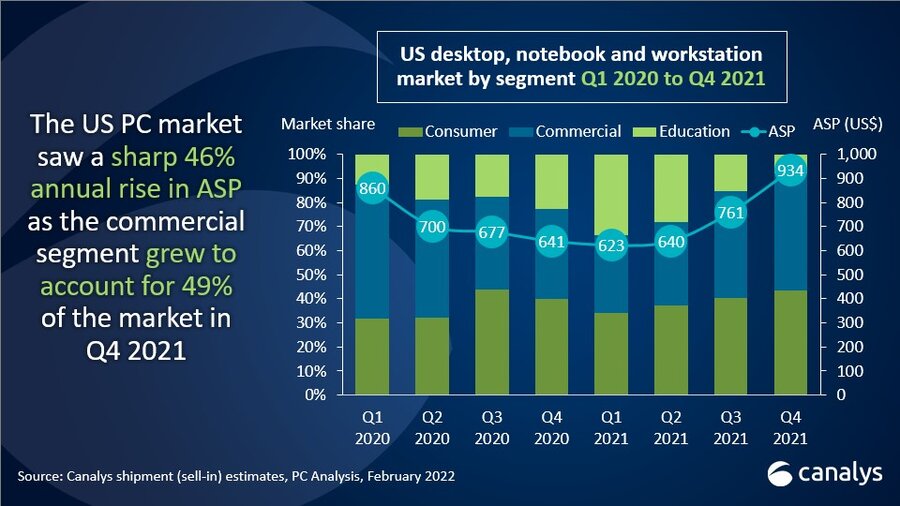 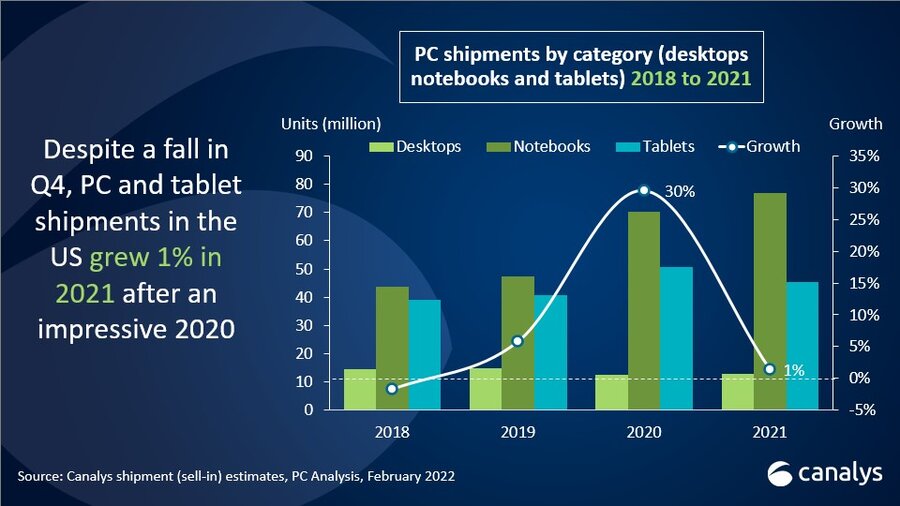 Read next: English is not as widely spoken as you think and many languages are underrepresented on the internet